Iguro Obanai(い黒ぐろ小おBAば内ない Obanai Iguro) is the main secondary character of the upcoming "Demon Slayer" arc.He is the demon slayer of the Demon Slayer Army and is currently the pillar of the Giant Snake.

What Is Obanai Iguro Style?

Obanaiis a young man of short stature and pale complexion. He has straight-edged black hair of varying lengths, the longest reaching down to his shoulders and the shortest stopping at his cheekbones, which he wears with two shorter strands hanging between his eyes. His eyes are almond-shaped and slant upward on the far sides, and are unusual because of Obanai'sheterochromia-his right eye is yellow and his left eye is turquoise. He is partially blind as he can barely see out of his right eye. Obanai'smouth is also unusual in that, when he was twelve years old, it was cut off from its corners to his ears to make it look more like a snake's, leaving a large wound that he keeps hidden under the bandage he wears on his lower face.

Obanaiwas born into a clan of thieves who lived off an excessive amount of wealth that had been stolen from those who had been killed by the demon they worshipped. This demon took the form of a woman with a lower body and a face resembling a snake, and had a great taste for newborns, which the family sacrificed to him in exchange for their wealth. 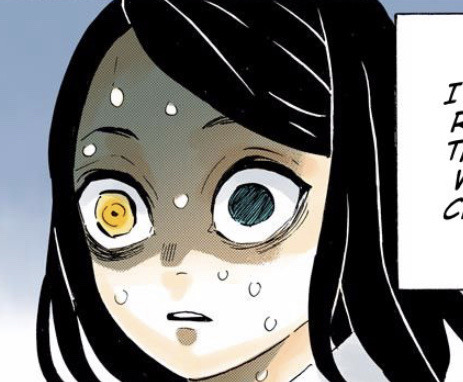 As the first boy born into the family in 370 years, Obanailived all his days locked in a wooden cage spoiled by his family, who insisted on bringing him so many plates of rich food that he grew tired of the overall pungent smells of the food and the poor ventilation of his room. . The snake demon also took a liking to Obanai, as he was a rare male child with heterochromia, and spent nights crawling around his cage in the dark and looking at him, which frightened Obanaiso much that he couldn't sleep.

At the age of twelve, Obanaiwas finally allowed to leave his cell for the first time in his life. He was taken to a room that appeared to be an expensive shrine and brought face to face with the snake demon for the first time, immediately causing him to tremble with fear and terror at the appearance of the demon and the realization that it was exactly the same thing. thing that sneaks into his room and watches him every night of his life. The Demon noticed that Obanaiwas very small and wondered if she should wait to eat him until he was a little bigger. Deciding that she would, she arranged his mouth to be wider, all the way to his ears, to match hers because she "loved him." The blood he shed from this procedure was then collected in a chalice which she then drank like a good sake.

Obanaiis deeply in love with Mitsuri, but pride, nervousness and the fact that he feels he is not worthy of her because of his "dirty blood" prevent him from being honest. He gives her gifts, keeps up a correspondence through letters, and protects her, and although she appreciates the attention he gives her, she seems oblivious to his feelings, but it is revealed that she loves him too. After the battle with Muzan, Obanaiis seen cradling Mitsuri'sbody, but although both are still alive, they already felt that they would die soon. Obanairecalls the first time they met at Ubayashiki Mansion and how Mitsurisaved him by making him feel like a normal young man and how he won't let anyone say anything bad about her. 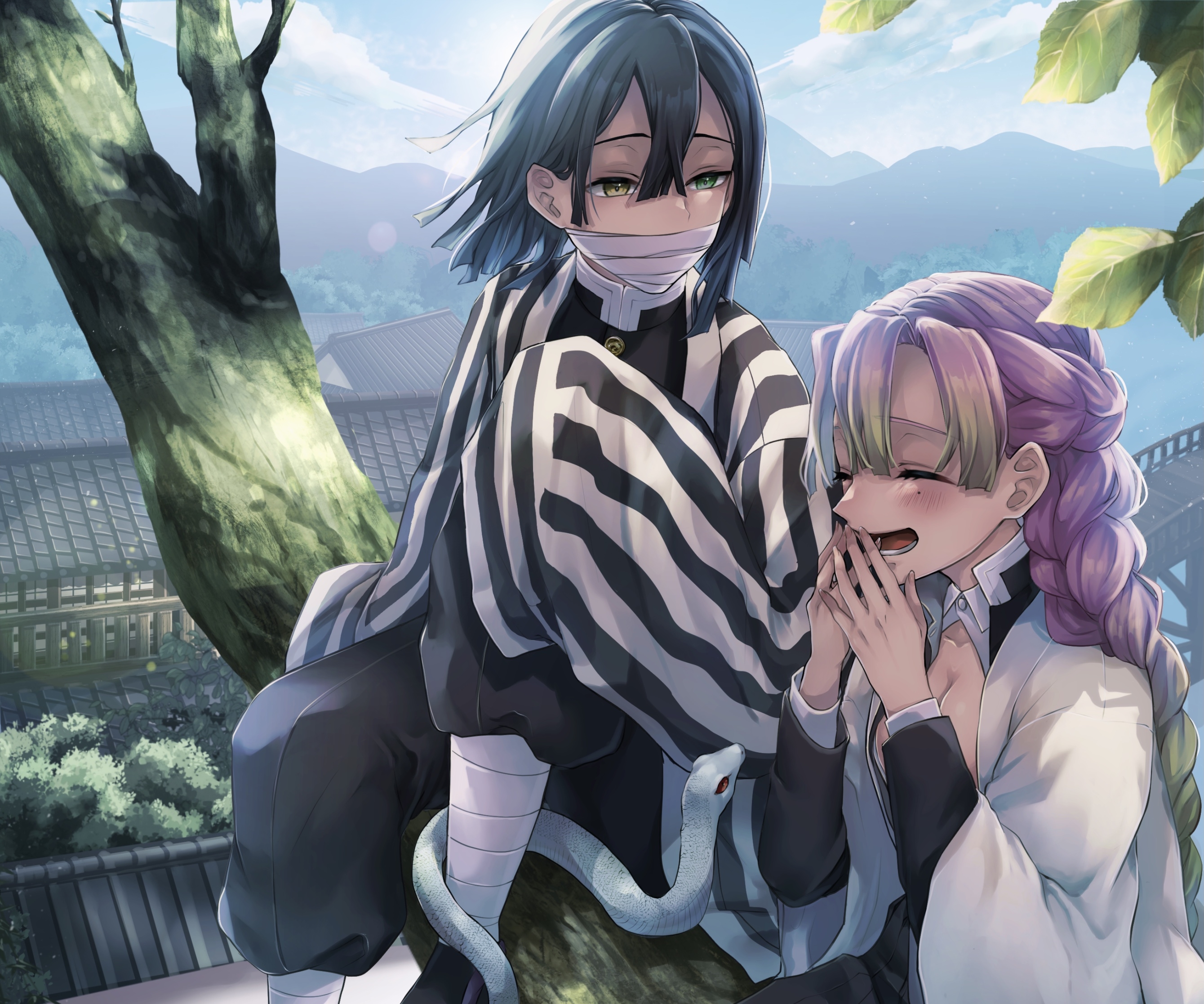 In the end Mitsuriconfesses that she likes him and that the meals she ate with him were the best. She also states that he always looked at her so gently and asks if he would take her as his wife if they were reborn as humans. Obanaireplies that if she agrees with someone like him, he will certainly make her happy and next time he will protect her for sure. This vow finally happens when their reincarnations are married to each other.

- Breath of the Serpent

It is not known if he developed it or if it was taught to him but as a Pillar of the Serpent, Obanaiuses this breath. He focuses on twisting and bending the sword like the way a snake moves. This is similar to Mitsuri'sBreath of Love, but his sword is much more like a typical sword with a blade that is shaped like a snake crawling, while Mitsuri'sis long, soft and more like a cutting whip.