Ichigois the protagonist of the anime Bleach, which is considered one of the big three in the anime world. The anime Bleachwas adapted from the manga of the same name written and illustrated by Tite Kubo. The story follows the life of Ichigo Kurosaki, who goes on a journey to become a Soul Reaper and unlock many new secrets of the soul society. Here are all the details about the episode in which Ichigofights Menos Grande.

What are Menos in Bleach?

Every dead human soul that wanders the human world with despair and regret and is not guided by a Shinigami (Soul Reaper) to the Soul Society is eventually transformed into a Hollow. These normal Hollows, if consumed by other Hollows, can then transform into Menos. Menos Grande is primarily the combination of over a hundred powers of normal Hollows that transform into one large entity. 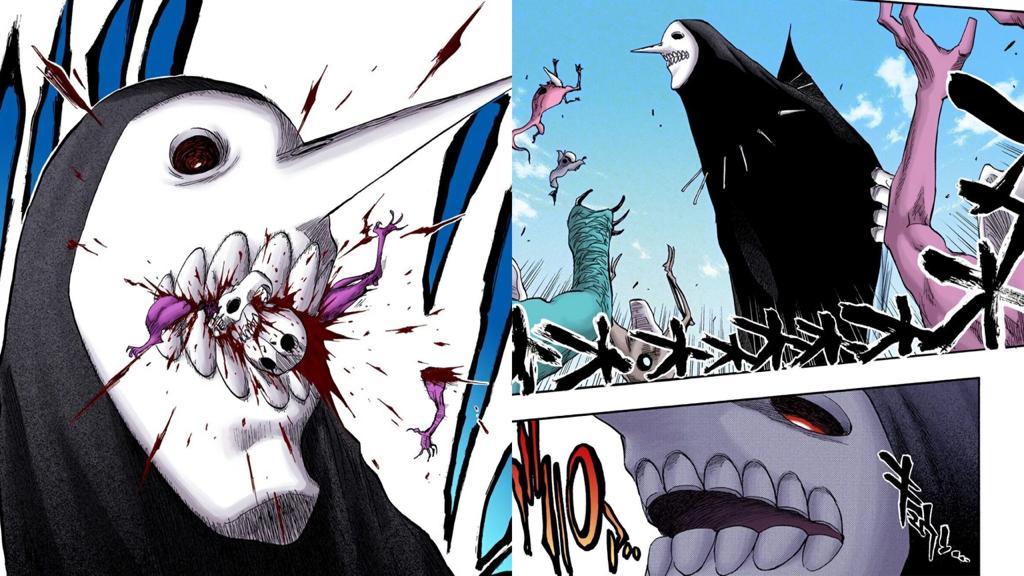 Menos GrandeWhat happened during the fight between Ichigo and Menos Grande?

When Ichigo was confronted with Uryu Ishida, he learned that Ishida was a Quincy. He was challenged to a fight by him because he does not want Soul Reapers to exist. Rukiatold Ichigo the history between Quincy and Soul Reapers. And after listening to the whole story, Ichigo decides to tell Uryu about it. Uryu's comment about the whole situation shocked Ichigo because he never intended to hate the Soul Reapers because of a 200 year old conflict. He hates them because they were responsible for his master's death, because they did not come at the right time to kill the Hollows. 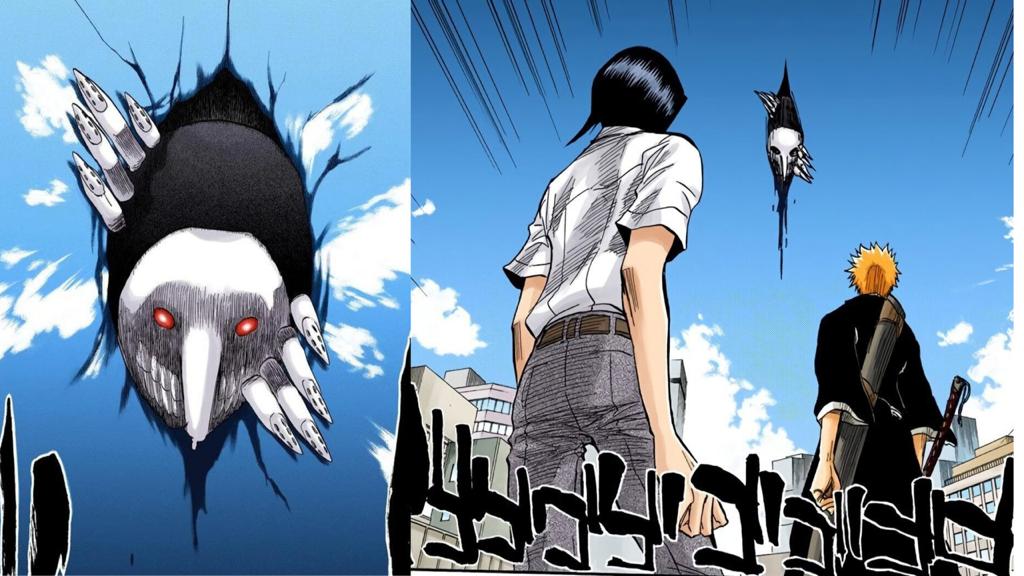 Listening to this, Ichigo faces Uryu and tells him about his mother's death and how he wished the same thing hadn't happened to anyone else. That's why he wants Uryu to work with him to overcome those hollows. And so the two of them decide to fight together to kill the Hollows. Suddenly, as they were both getting ready, they saw a monster coming out of the sky, tearing it apart. It was a Menos. As soon as it came out, all the Hollows surrounding Ichigo and Uryu attacked it, and the Menos ate the Hollows. This caused his power to increase. 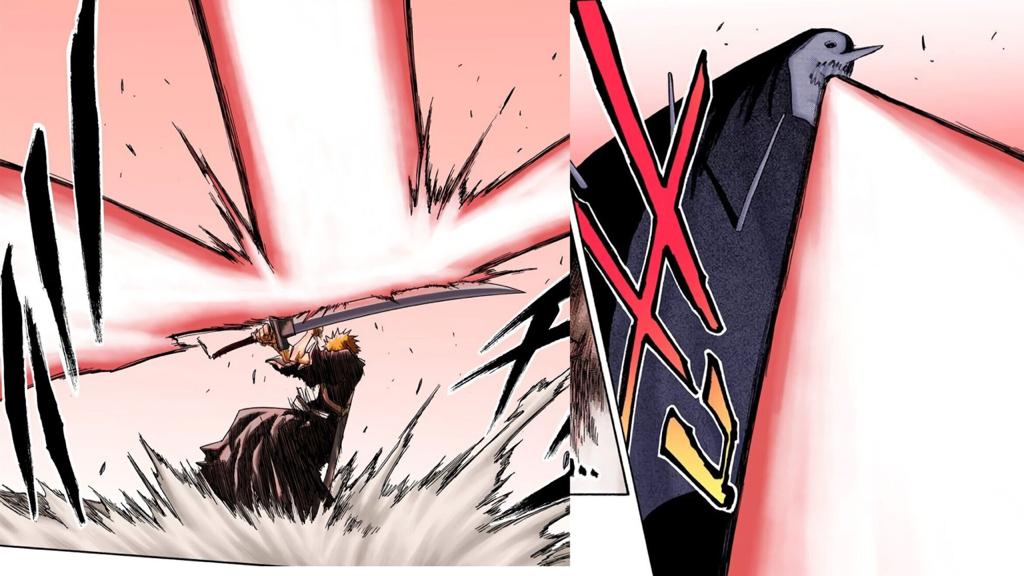 Ichigo tries to fight him by charging towards the menos but is thrown by his leg. Later, when nothing worked, Uryu thought of the idea of him and Ichigo mixing their spiritual power to defeat the menos. But Ichigo told Uryu that he doesn't know how to control his spiritual power. And while they were discussing this, the Menos suddenly attacks with his Cero technique, which is surprisingly blocked by Ichigo. Everyone is shocked to see the level of spiritual power that Ichigo used to block this attack. Ichigo finally cuts the Menos in half, and the Menos are scared and return to the afterlife. 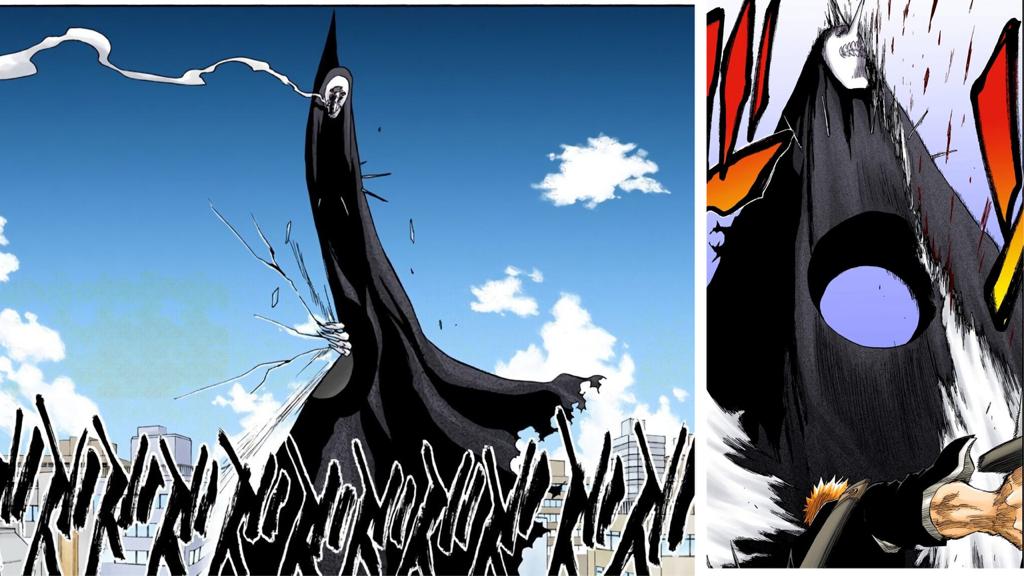 In which episode does Ichigo fight Menos Grande?

Ichigo fights Menos Grande in episode 14 of the anime Bleach. Episode 14 is called "Back to back, a fight to the death".