Bleach fans have something to look forward to. During the Jump Festa 2022, a first promotional trailer of the new and final season, which will adapt the last arc of the manga written and illustrated by Tite Kubo, was unveiled. It will be broadcasted in October 2022. Moreover, a first promotional poster was also unveiled. 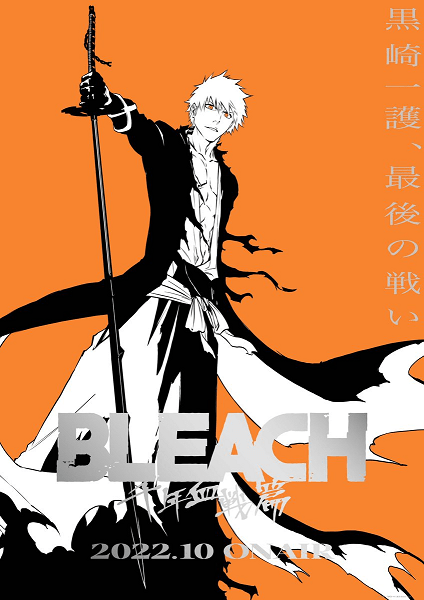 The trailer also revealed some of the personnel behind the production of this final season, with Tomohisa Taguchi (Twin Star Exorcists, Akudama Drive) replacing Noriyuki Abe to direct the anime, with Pierrot Studio, Masashi Kudo returning as character designer and Shiro Sagisu returning to compose the music. The voice actors are returning to their roles, while the characters who did not make their debut will be played by those who played them in the game Bleach: Brave Souls.

Bleach began to be published in Weekly Shônen Jump magazine in August 2001 and ended in August 2016 with a total of 74 volumes. The success of the manga earned it its own anime adaptation produced by the Pierrot studio, which began airing in 2004 and ended in 2012 with a total of 366 episodes. The surrogate shinigami franchise also encompasses several movies, a live-action film, several video games and even a play.