Now, just like Akatsuki from Naruto was popular and had its own fan base, Espada is also popular among the fans. So today, we will rank the Top 10 Espada from Bleachbased on their popularity. Whether it's their appearance or their ideology, fans have never stopped loving them. So, without further ado, let's start with our Top 10 Espada of Bleach- Ranked by popularity. 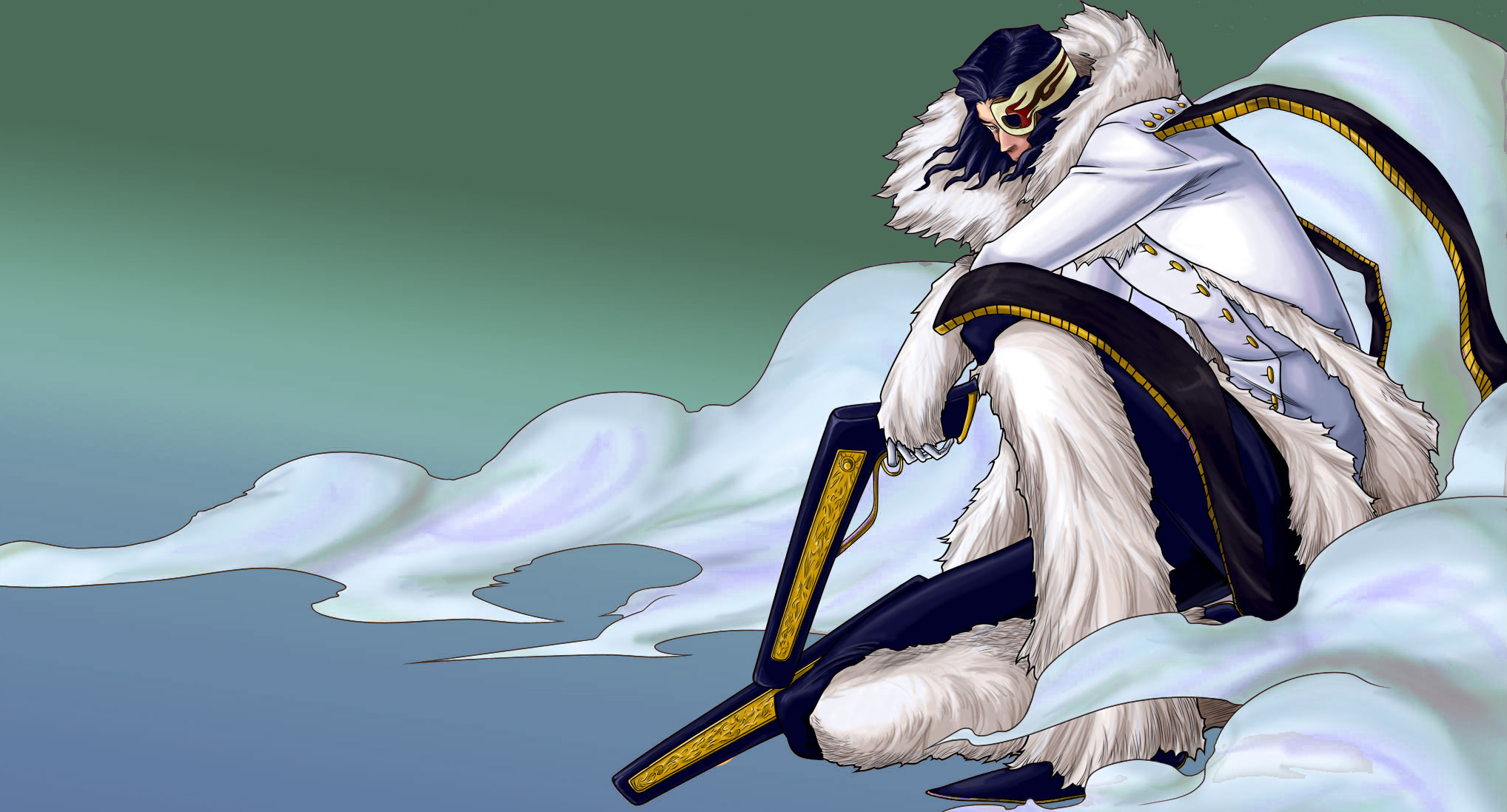 Can an antagonist be kind and wise? Well, Coyote Stark didn't deserve to be an antagonist. To us, he looked like the kind of protagonist who had no choice but to live as an antagonist. As mentioned above, each Espada represents different aspects of death. His aspect was 'Solitude'. Why was this? Here is why. He had gone through loneliness himself, in a way that we could never go through. He had powers so strong that he was afraid to kill anyone. And to avoid killing anyone, he chose the path of solitude and wandered alone in the deserted wastelands. At one point, he was so lonely that to fill the void, he created a friend out of his own spiritual energy and named her Lilynette Gingerbuck.

Starrk was so strong that he fought against two captains, Jushiro Ukitake and Shunsui Kyoraku. His strength never got the better of him. He always had his code of honor until his death. Kyoraku, on the other hand, had to use low blow attacks to try to defeat Starrk. Starrk was the loneliest, least evil and strongest Espada of all time. And that's what makes him the most popular Espada of all. 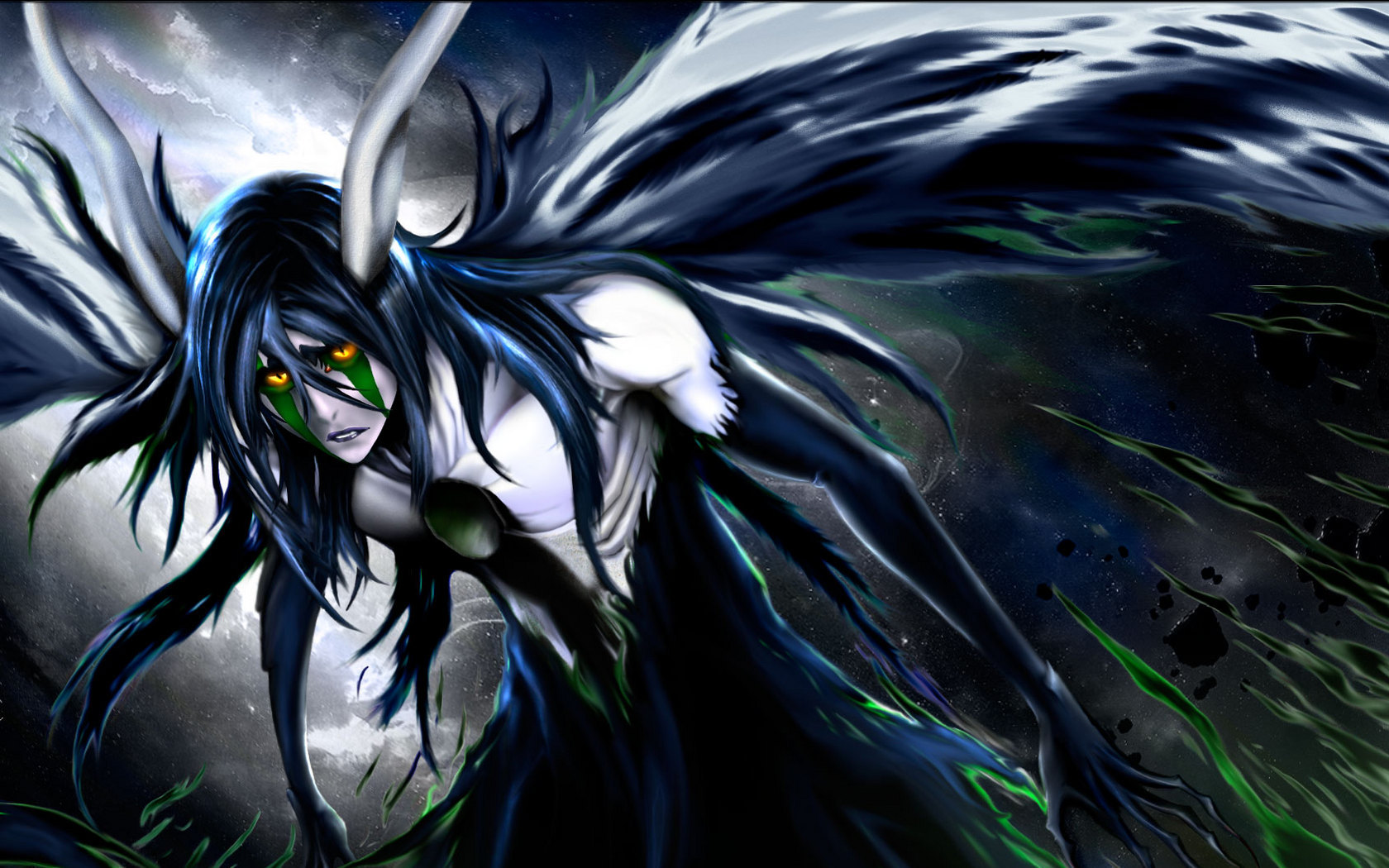 The aspect of death represented by Ulquiorra is "nihilism", which means that nothing in the world has a real existence. And that's why he considers human life to be nothing more than garbage. The potential of his real powers was terrifying. Even Aizen didn't know about his second transformation. Ichigo barely managed to survive against Ulquiorra. But, in the end, Ichigo was the protagonist, so of course, he would end up winning. And Ulquiorra, in his last fight, realized the true value of life. At first, we could have feared him, but in the end, during his end, we felt for him. 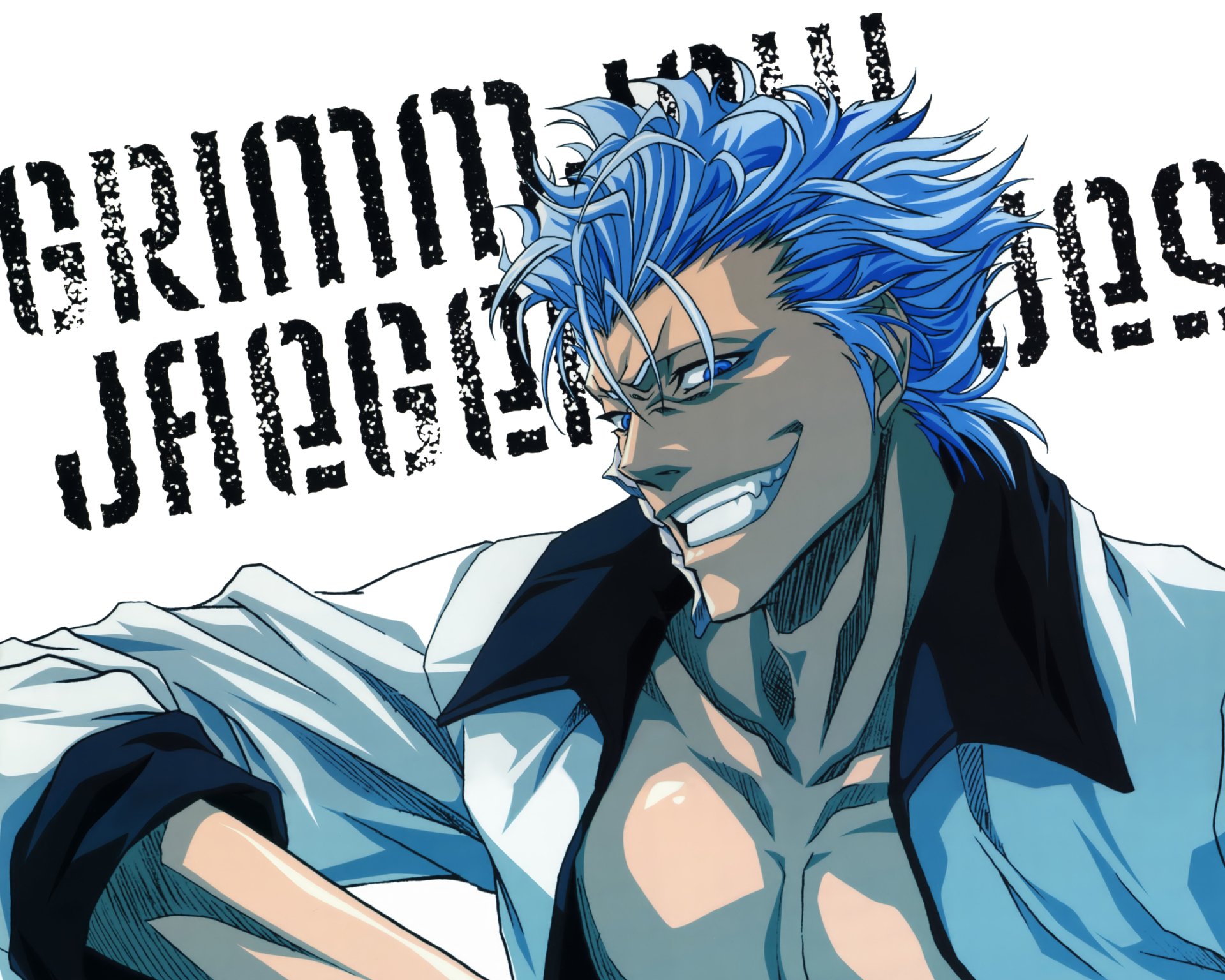 Grimmjow represents the Destruction. And this is proven by his thirst for violence. Yes, he craves violence, but what makes him special and places him in a special place in our hearts is that he is not dishonorable. Do you remember how he let Orihime heal Ichigo while he was injured? No evil approves of that. And the fact that he let that happen proves that he wasn't evil at all. He lived up to his code of honor. And that's what makes him so popular among the fans. 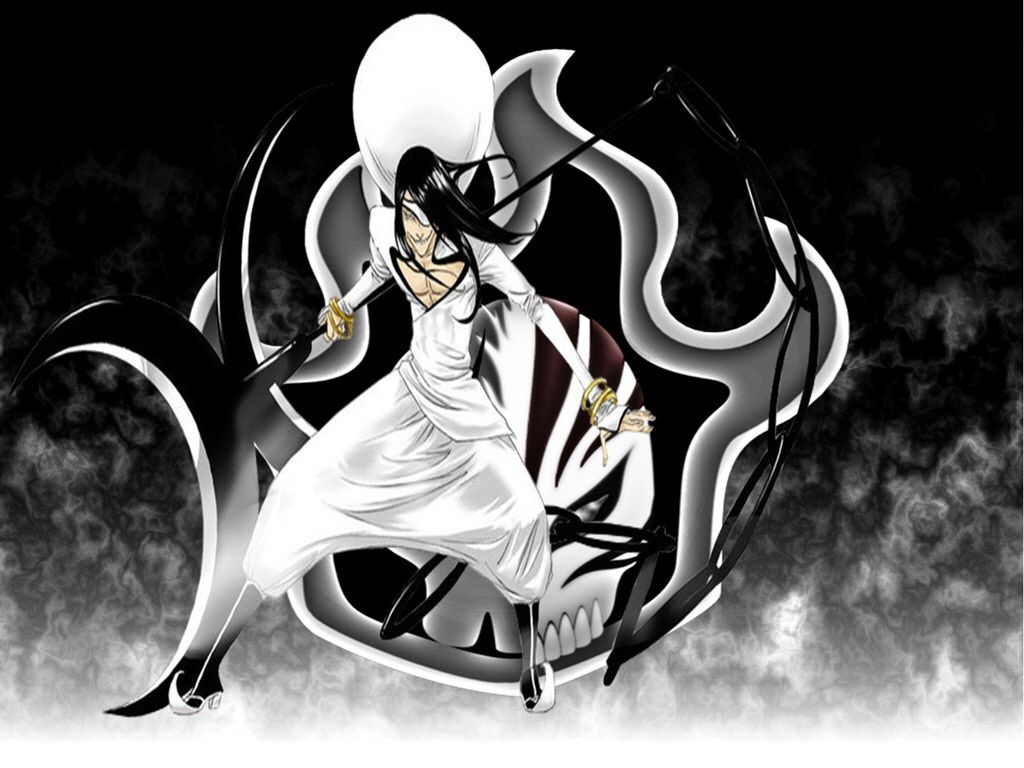 What makes Nnoitra end up here in this list? Well, the fact that he almost defeated the undefeated champion Kenpachi makes us admire his abilities. He is without a doubt the most bloodthirsty Espada in the Arrancar army of Aizen to be able to match Kenpachi's strength like that. He also has one of the fastest regeneration abilities that allow him to develop extra arms just when he needs them to surprise his opponents in close combat. Imagine fighting this guy. Wait, don't imagine. You'll be dead before you know it. We are not Kenpachi to survive this guy. We love Nel, don't we? She should have been number 1 on this list. But, the fact that she is no longer an Espada brings her down to that number. But also the fact that she was the third rank Espada, not mentioning her in this list would be disrespectful to her abilities. We don't need many reasons to like her. The fact that she's super cute when she's in her child version, her sweetness, overpowers all of the Espadas' strengths. But don't underestimate her abilities.

Remember how Renji couldn't tell the difference between Nel's spiritual powers and Ulquiorra's? She even defeated Nnoitra several times that he had to go behind her back to get her expelled from the Espada, with the help of Szayel. But, Nel is not so weak to die from their betrayal. But what sets Nelliel apart from all the other Espadas is that she has a strong sense of compassion. Even when she regained her memories, she had enough sense to understand who to side with. And she chose Ichigo, who saved her several times. 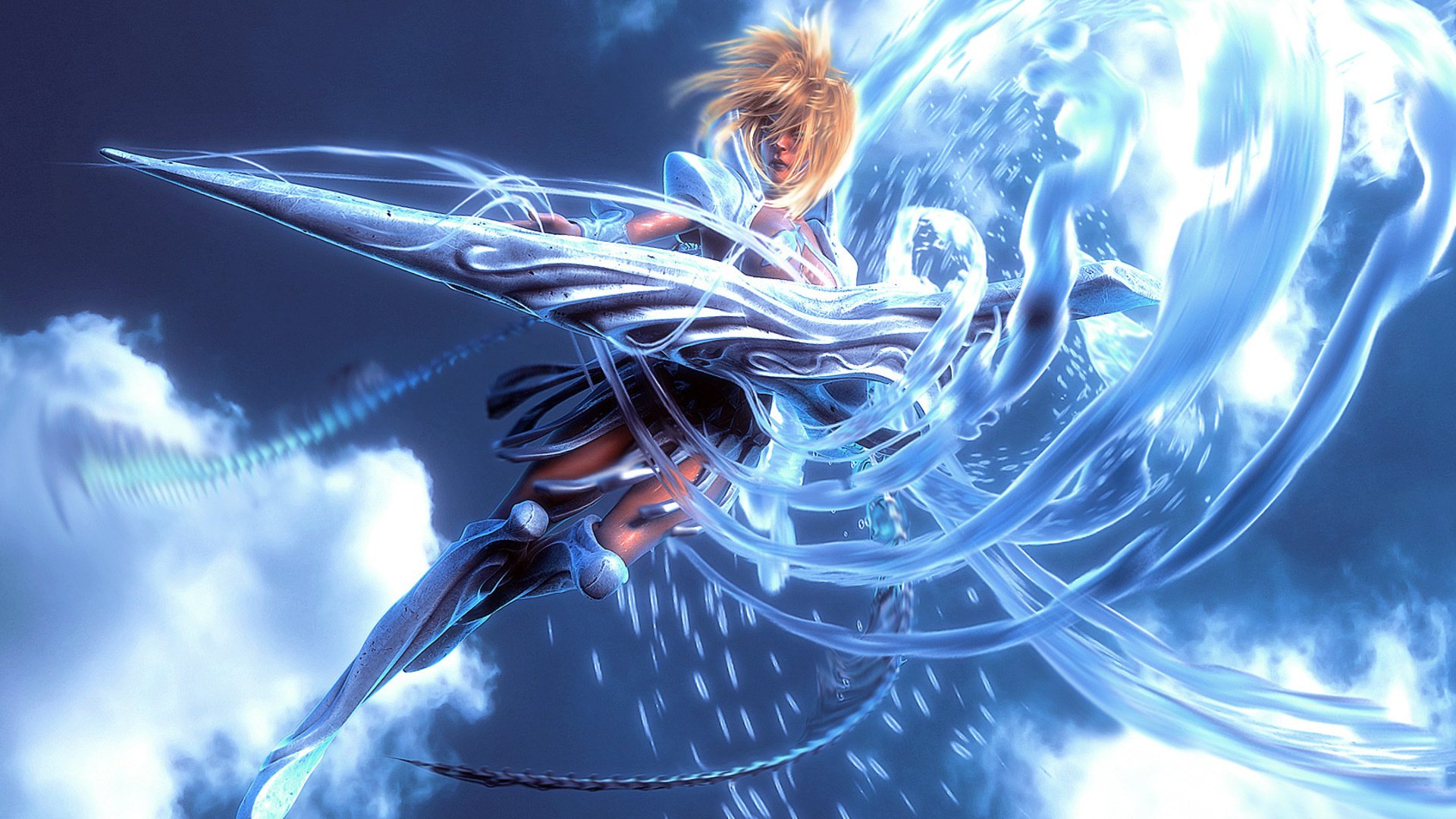 Harribel's aspect of death was Sacrifice. And she joined Aizen's army to protect the three friends she made in Hueco Mundo. It is a kind of sacrifice itself, knowing that she is not evil, but she had to join the evil army of Aizen just to protect those who are dear to her. Many people think she is one of the weaker Espadas, but don't forget that she tried to kill Aizen the moment she realized what he thought about the lives of his Espadas. Standing up to someone like Aizen takes a lot of courage and strength, and she has both.

Baraggan represents senescence, which means deterioration with age. And just like the aspect of death he represents, he also has the ability to turn things to dust with a simple touch. We all saw his abilities in his fight against Sui-Fon. He was undoubtedly one of the strongest Espadas, but he was no match for Aizen. And the fact that his own powers could be used against him dropped him to that number in this list. But, no matter what, we appreciate his powers. After all, one touch is enough. 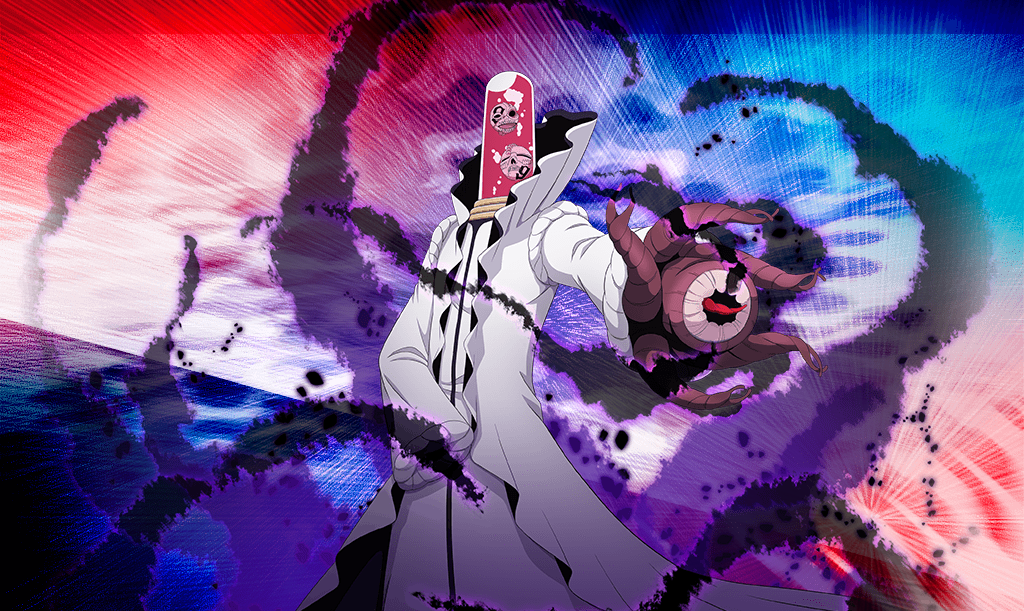 Aaroniero was supposed to be one of the weaker Espadas, right? So how did he end up on this list? Well, here's why. He likes to make his opponents desperate and helpless before he defeats them. He lets them believe what they want, he gives them false hope, and just when they fall for it, Aaroniero makes them realize how unfair it was. If he is seen as weak, he uses his brain to weaken his opponents by making their fears and weaknesses dominate them. And when they are in no shape to stand up, that's when Aaroniero acts. Using his weakness against them is wrong, but there's no denying he's a genius. 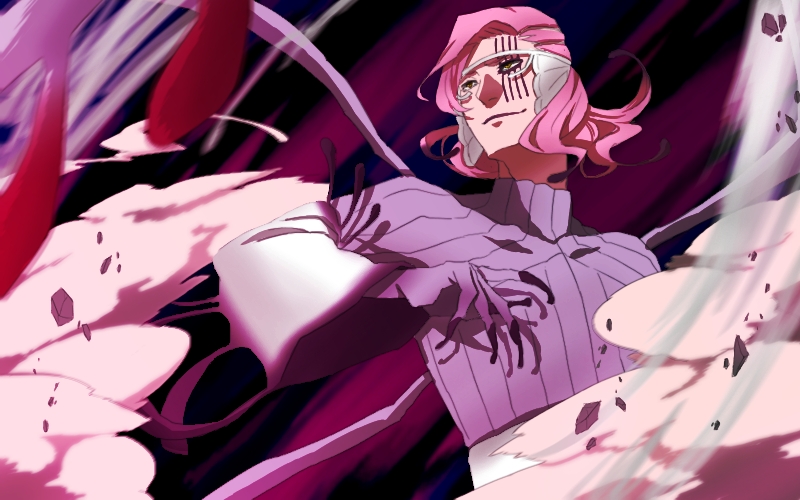 The aspect of death that Szayel represents is madness. And yes, he is crazy. Not just any kind of crazy, he's a mad scientist who has put his own Fracciones through so many terrifying modifications just so they can be useful to him. Loyalty means nothing to him. His madness dragged him onto this list. But no one will deny how satisfying it was when Kurotsuchi finished it slowly and painfully. We were also afraid of Kurotsuchi for his madness. And the fact that Kurotsuchi was so crazy was the reason why he was able to take down Szayel.

And one of the reasons Szayel ended up on this list was because of his ending. His end was more popular than when he was alive. And the fact that at the end, just before he died, he realized that nothing was perfect. Not even his so-called immortality.